The four-masted Union started her service as a training vessel on 27th January 2016. The ceremony attracted the then President of Peru Ollanta Humala. The first crew was well prepared to the service. Peruvian officers previously trained on board of other sail training ships, including Mexican Cuauhtemoc and Columbian Gloria.

Being 115.75 m long vessel, Union became the largest tall ship in America. Her four masts of 53.5 m carry 34 sails of total area 3.4 thousand square metres. Union is the only contemporary barque with 6 spars on each mast (apart from mizzenmast which is slightly shorter). On a training cruise, she takes the crew of 250. Her home port is Callao. The name “Union” is a reference to another ship which was commanded by Miguel Grau, the hero of Peruvian navy, which participated in the War of the Pacific in the 19th century.

Under the bowsprit, she has an imposing sculpture of Tupac Yapanqui, the tenth Sapa Inca, the king famous for leading a naval expedition involving 20 thousand people. They sailed on balsa rafts and reached as far as Polynesia. The bronze figurehead in excess of one ton is the work of a Peruvian artist Pilar Martinez Woodman. Before she started her work, she made an in-depth study of Tupac Yapanqui history and anthropology. The sculpture is full of symbols. The king raises his right hand towards Inti, the God of Sun, and holds a shield in his left hand. He also has a crown on his head with two feathers of the saint bird caracara.

The main purpose of the ship is to provide sail training for future officers of the Peruvian Navy (Marine de Guerra del Peru), but Peruvians do not hide the fact that they have built the ship to participate in racing. The first opportunity to present her capacity was a series of Rendez Vous Tall Ships Regatta 2017 by Sail Training International on the occasion the 150th anniversary of Canada. Union won the leg between Boston and the Gulf of Saint Laurence. The race involved a tough competition with the American barque Eagle. They fought until the very last moment and finally the Peruvian giant crossed the finish line merely 56 minutes before her competitor. The third tall ship in the race was Dutch Oosterschelde which came more than 13 hours later then the leader. 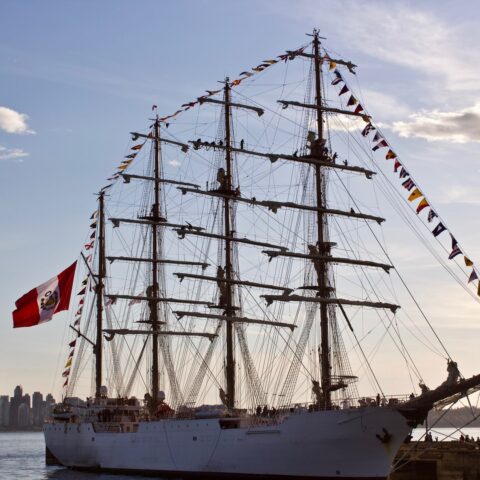 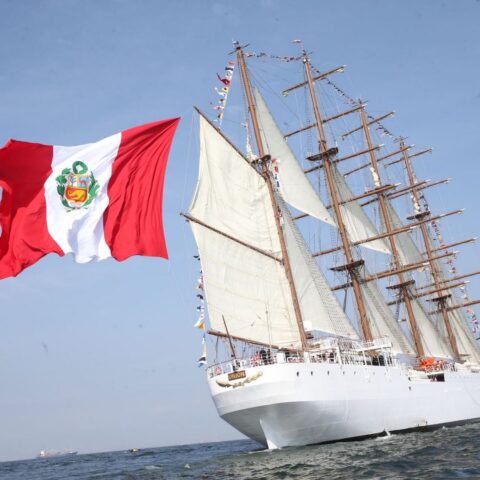 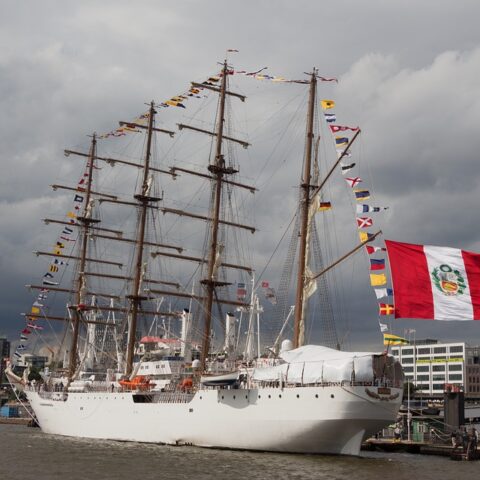 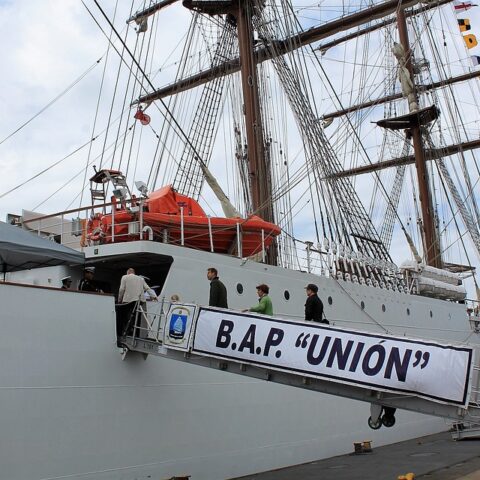