The building of the brig started at the Island of Skeppsholmen in the heart of Stockholm in 1997. The work was supervised by an experienced shipbuilder who headed a team of professional carpenters and blacksmiths and a group of volunteers. Over a thousand oak trees were used to build the hull. Oak boards underwent 4-hour steam baths to make them more suitable for processing. Decks were made of Siberian larch, particularly resistant to prolonged exposure to water, whereas masts were made of pine. The process took several years, since accuracy and shipbuilding craft were more important than time.
Finally, on 27th August 2005, the ship was launched. The ship was named Stockholmbriggen, and she was so well-known in Sweden that the launching ceremony attracted nearly 10 thousand people. Spectators were curious of the new tall ship and her godmother, princess Victoria Bernadotte. The crown princess gave a new name to the ship Tre Kronor af Stockholm, which means “Three crowns from Stockholm”, a reference to the national emblem of Sweden. And all this started with a conversation between two captains. Words have power!
After launching, the time had come to provide fitting out which took two years. In 2007, the ship appeared at The Tall Ships Races in the Swedish capital. Although she started her service on 31st July 2007, she had to wait for her maiden voyage for another 10 months. On 6th June 2008, Tre Kronor af Stockholm made her first cruise on the Baltic Sea. The first port of call was Marienhamn, and then the brig called at Helsinki, Tallinn, and Riga. In 2009, she visited Poland for the first time to participate in the start of the Tall Ships Races in Gdynia. She immediately became popular after the sail parade in the President’s Basin. The situation repeated itself 5 years later during Sail Gdynia. The brig used to call at Szczecin and participated in races and regattas.
The Tre Kronor af Stockholm is 45 m in length and 8.25 m in width. The basic set of sail consists of 16 Dacron sails of total area 735 square metres. In 2013, the ship jointed an elite group of ships using studding sails. The sails are used very rarely when sailing on forewind. However, the crew sometimes does not obey the rule when they parade or make commercial cruises around the Stockholm Archipelago. Her fixed crew consists of 8 to 12 people. On longer cruises, she can take on board 22 cadets who stay in six 2- or 3-person cabins and 6-person forecastle. On short trips that tame several hours only the ship can take 45 passengers.
The sailing season is 170 days, from May until October. Tre Kronor af Stockholm sails on the Baltic Sea only. The furthest she has sailed so far was Bovallstrand in the west of Sweden. From the beginning, the captain of the ship is charismatic Allan Palmer, replaced on some cruises by two other captains, Leo Eckerman and Jonas Fredholm. The operator is Briggen Tre Kronor AB, a company with the shareholder base in excess of 3000. One of them is the Briggen Tre Kronor Association with more than 4000 members. Their support was crucial for the tall ship to survive the most difficult period of the coronavirus pandemic.
Although the “founding fathers”, Bunta Horn and Bjorn Lindroth, have passed away, the artists still visit the board of the vessel. During the pandemic, an annual cruise of the Archipelago Tour has been organised for popular Swedish musicians who gave concerts in coastal towns visited by Tre Kronor. Other popular cruises include Seal and Eagle Safaris during which participants explore the coast in search of seals and eagles. The bloodless hunt involves wildlife photography only and animals have nothing to be afraid.
In 2010-2018, Tre Kronor af Stockholm played the main role during the “Crimson Sails”, a traditional event held in St. Petersburg at the beginning of every summer. It attracts thousands of spectators and it is a bravado combination of music, ballet, theatre, fireworks and laser light. The peak of the event takes place at midnight when a tall ship with her sails lighted red sails along the Neva Rover. It is a reference made to a popular Russian book “Scarlet Sails” by Alexander Grin (or Alexandr Stiepanovich Grinievsky), a Russian writer of Polish descent. Tre Kronor af Stockholm has sailed to St. Petersburg 9 times; in 2019 she was replaced by brig Rossiya (ex-Mercedes) which Russians bought from the Netherlands.
Nature conservation is an important task for the brig. It was a major concern of the founders already during the construction phase, and it was long before Greta Thunberg was born. According to the operators, sustainable development and the preservation of the Baltic ecosystem are crucial. The tall ship participated in the Climate Change Conference COP15 in Copenhagen in December 2009. The operators cooperate with universities, researchers, and non-governmental organisations under the Sustainable Seas Initiative and visitors to the vessel in ports on the route may see exhibitions, presentations, and lectures on biology and the condition of the Baltic Sea. 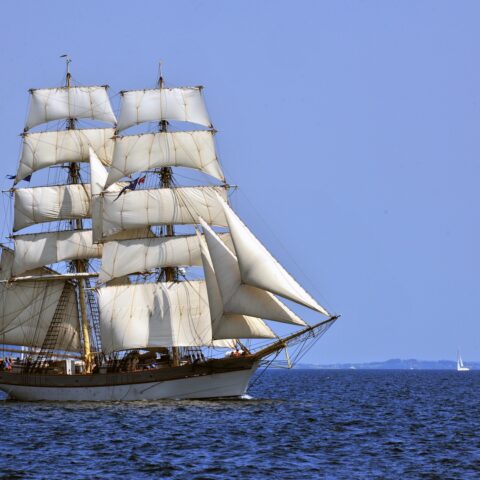 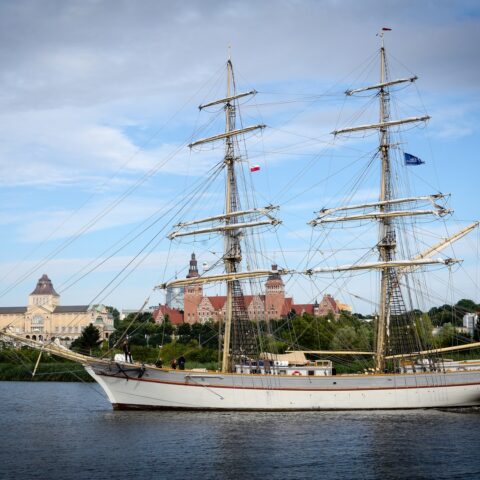 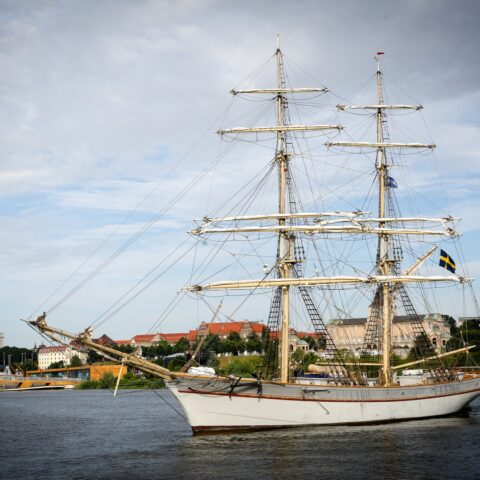 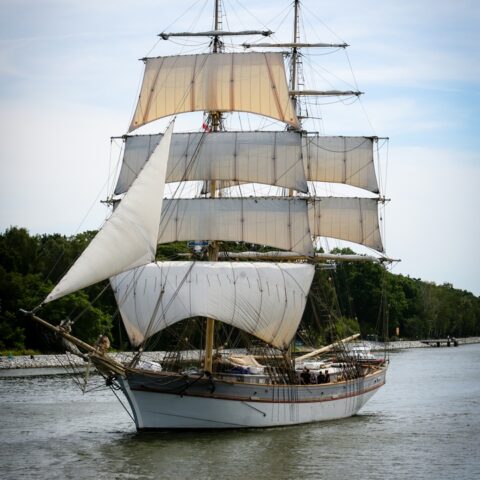