Statsraad Lehmkuhl is the largest Norwegian sailing ship. Her length overall is 97.2 metres and she is considered to be a twin sister of Dar Pomorza.

Although there are a number of similarities between the two ships, there are also explicit differences. Statsraad Lehmkuhl is longer by 5 metres. She also has a different rigging. She is a barque, not a full-rigger like Dar Pomorza. She was built in Bremenhaven in 1914. She was named Grossherzog Friedrich August and she was the first training ship in history to be fitted with an auxiliary Diesel engine. The barque had more technological novelties fitted. The crew enjoyed electric lighting and a telegraph. The ship provided training for seafarers of the German merchant fleet. After Germany’s defeat during the First World War, she went to the United Kingdom as part of the war reparations. The Brits had no idea how to operate the ship and she remained idle on the River of Tyne in Newcastle. Norwegians spotted the ship there, as they were looking for a training vessel themselves. The transaction materialised in 1921 at the initiative of the then Minister Kristoffer Lehmkuhl, and a decision was made to include his name in the new name of the vessel. During the Second World War (1940-1945), the ship changed her name again. The Germans, who occupied Norway, painted her black and named Westwarts. After the ship was registered back under the Norwegian flag, the barque had her hull painted white again.

In 1960, Statsraad Lehmkuhl won the Tall Ships Races for the first time. She has continued the successful series in a number of years. Her success received an extensive media coverage in her country. On ship’s return to Norway, she was welcomed in her homeport Bergen by a half of the city’s population. However, the following few years were marked by the drop of interest in sailing among young boys. In 1966, the ship was put up for sale. Bids came from Australia, the US, Sweden and Germany. Information about the imminent transaction caused a stir in the country. Hillary Reksten, the oil tanker fleet owner, was asked to help. It did not take long to convince him, as he knew the sailing ship very well. Half a million Norwegian crowns were spent to buy the ship and save it from the change of flag.

In the mid-1970s, when the fuel market was hit by a crisis, Reksten fell into troubles and the risk of the ship being sold appeared again. Moreover, Germany lobbied to bring the barque back to the country of her origin. Citizens of Bergen mobilised and after several months of talks they set up the Statsraad Lehmkuhl Sailing Ship Foundation. On 22nd May 1978, the foundation officially purchased the ship. The foundation has remained the ship’s owner ever since. Since the ship spent a few years on a rope, she required a major overhaul. The overhaul took long to complete due to the shortage of funding. Finally, the barque returned to her regular service in 1987.

The ship is known for a number of victories in races and her crew for the supreme vocal flair. The crew usually calls at their homeport of Bergen with a shanty song sung out loud. Part of the crew stands on spars, others along the deck, always facing the bow. On their arrival, the crew performs “South Australia”, with slightly modified lyrics. Instead of ‘we’re bound for South Australia’, they sing ‘we’re bound for the port of Bergen’. Despite the absence of loudspeakers, the sound can be heard perfectly.

Marcus Seidl, who has been the Captain of the barque for the past two decades, sets the tone of the song. Born in New York, he speaks (and sings) in English with a perfect American accent. Interestingly, his brother David was the first officer at the ship. Both of them have been known for their powerful voices. They have instilled the good singing spirit in others. In particular David, who frequently acts as a traditional shanty-man during a voyage when sails are set. In the past, a shanty-man was a person who sang for the crew to upkeep the pace of their work. – “The song ’South Australia’ has become a kind of anthem for us. We have been singing the traditional song for years. We can hardly say when it actually started. We sometimes change the lyrics depending on the occasion”, says Solveig Etter from the operator’s office.

The tall ship has visited Poland several times. In 1932, she visited Gdynia to attend the Maritime Festival. She also paid visits to Szczecin during the Tall Ships Races in 2013 and 2017. 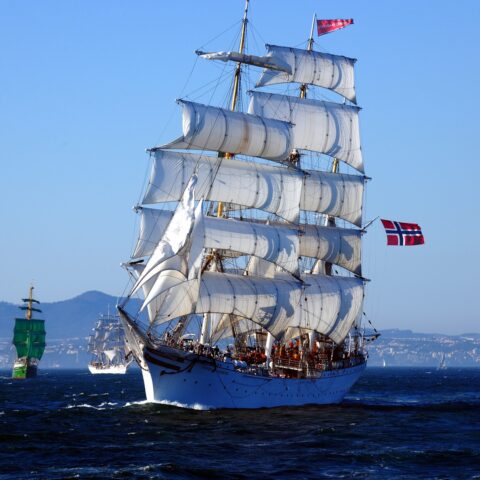 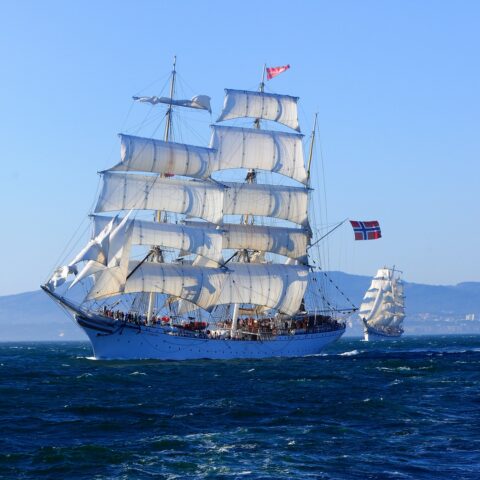 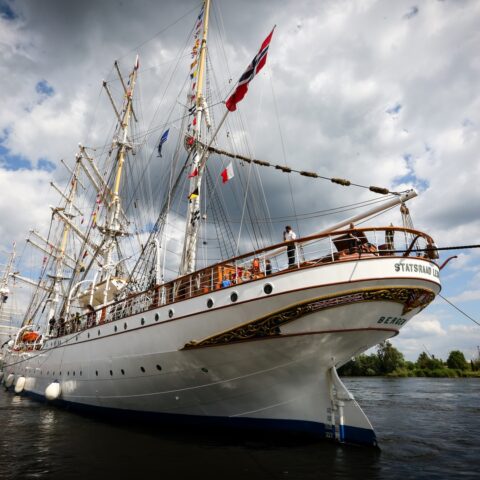 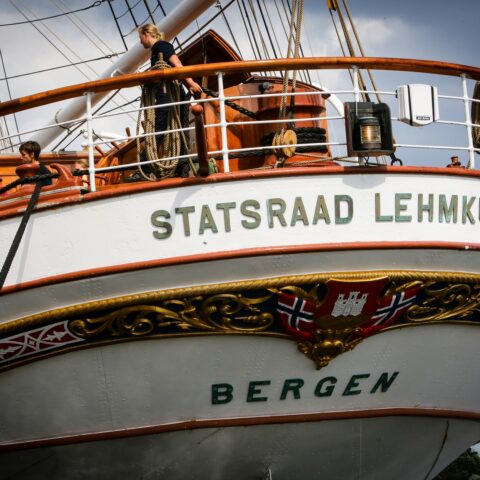