The idea to build Stad Amsterdam was formed by Frits Goldschmeding, the founder of Randstad, the world-renowned employment agency.

The idea of building a Dutch flagship came up in 1995 when Frits saw a parade of ships participating in Sail Amsterdam. The city authorities liked the idea and decided to contribute financially. The design was contracted with the famous Dutch engineer Gerard Dijkstra, inspired by the clipper Amsterdam of 1854. It is worth adding that the final result was so successful that she became a prototype for several other ships, such as Cisne Branco built for Brazil and Shabab Oman II for Oman.

The construction of Amsterdam began in the Damen Oranjewert shipyard in December 1997. Twelve months later, the hull arrived at the National Maritime Museum of Amsterdam where the construction was completed. Some of the works were performed by unemployed people who thus developed skills useful for their future employment. The ship started her service in 2000. Rita Kok, the wife of the then Dutch Prime Minister, became the god mother for the ship. The first big event for the ship was Sail Amsterdam 2000, which turned out to be a symbolic closure of the whole project.

Being a typical clipper, Amsterdam has a very sharp bow and a streamlined silhouette. This makes her very fast. With all sails up, she can reach 17 knots. She has 76 metres in length and a bream of 10.5 meters. The total surface of all 31 sails is 2200 square metres. The deck follows the design of typical 19th century clippers, unlike her interiors that resemble an elegant hotel. The ship has 14 luxurious air-conditioned cabins, each with a separate bathroom, and a spacious mess and a bar. The ship can take 145 people aboard (including 30 crew members). In one of cruises in 2005, Prince Wilhelm Alexander, the current King of the Netherlands, took control of the vessel.

Amsterdam has visited Poland three times. When visiting Poland, she always called at Gdynia. In 2003, she took part in the Cutty Sark Tall Ships Races. Later, she visited Poland twice in 2011 and 2014 (during Red Bull Air Race). 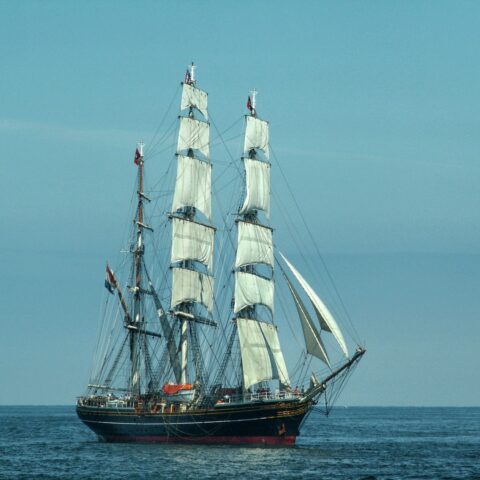 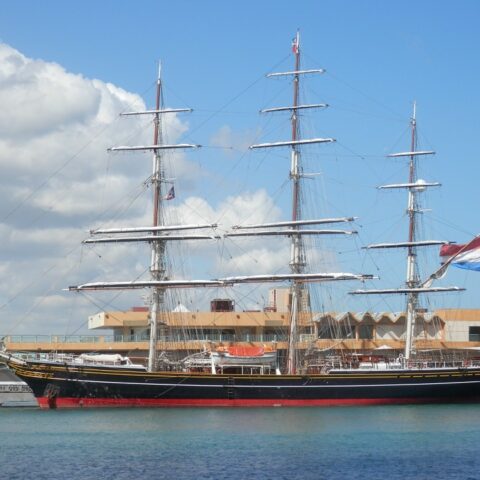 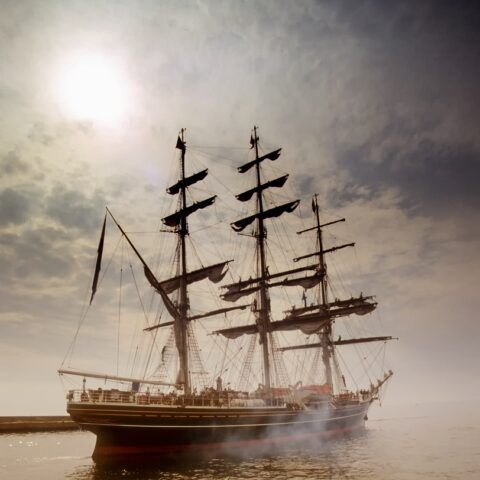 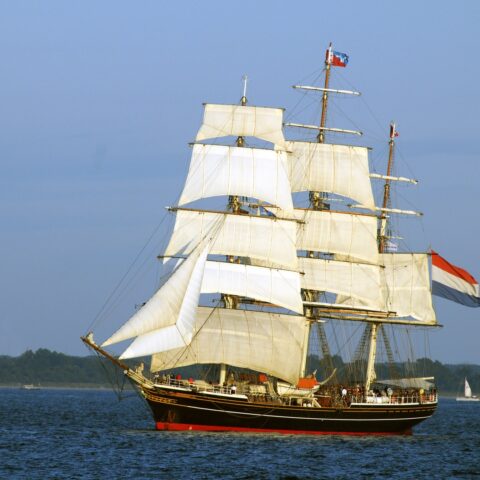