In 1936, the ship’s owner changed to Norddeutscher Lloyd, and the ship was re-named to Kommodore Johnsen (to commemorate legendary Hapag-Lloyd fleet captain Nicholas Johnsen). The designation of the ship changed as well, from cargo to training and cargo. During each cruise, the crew included interns who learned the sailing profession. In 1939, in her last pre-war voyage of 107 days the ship sailed from the Antipodes to Ireland.
After the war, the ship was taken over by Brits to be then transferred to the Soviet Union as war reparation. At that time, the Russian Arctic explorer Georgy Sedov became a new patron of the ship. The ship, however, was seriously damaged. She lost her spars, tops, and the propeller, and she was not suitable for navigation. While waiting for better times (1946-51), she stayed in the port of Liepaja, then Latvian Soviet Socialist Republic. Some people wanted to get rid of the trouble and dismantle the ship. Finally, in 1951, a decision was made to renovate the ship. A year later, for the first time, Sedov set out to the sea under the Soviet flag. In 1957-1966, the ship was involved in oceanographic research, chiefly in northern Atlantic, orchestrated by the Russian Academy of Sciences. She started to be a regular participant to regattas and races in the 1980s. People recognised the ship by her white hull (previously hull coating was similar to that of Kruzenshtern).

The black coating (with white stripe along deck line and red under water line) was added in 2005 when she appeared in a film about a disaster of the four-masted barque Pamira. The German tall ship was the last windjammer which continued her commercial service after the war. On 22nd September 1957, the ship sank at the Atlantic Ocean while transporting barley from Buenos Aires to Hamburg. During a hurricane, the cargo was misplaced, and the ship tilted and capsized. Only 6 men out of 86 crew survived. The tragedy became the plot of the film “Pamir – the last voyage” by Kaspar Heidelbach. Scenes with Sedov playing the main part were made in Germany and the Canary Islands. After that, Russians decided to keep the black coating which referred to the pre-war history of the ship. In 2019, the ship returned to her white colour, with which she was associated from the beginning of her service in the Soviet Union and then Russia. The main reason was to make her look different than Kruzenshtern, the second four-masted barque operated by the Baltic Academy of Fisheries in Kaliningrad.

In 2012-13, Sedov circumnavigated the globe for the first time. The voyage started and ended in St. Petersburg, and the ship visited 32 ports on the way. In 2017, she changed her home port from Murmansk in the far north to Kaliningrad. Sedov returned to the Baltic Sea. Until the collapse of the Soviet Union, her home port was Kronstadt and Riga (since 1981).
In 2020, Sedov became the first tall ship to sail from Asia to Europe through the Northeast Passage. For centuries, due to a permanent ice cap, the passage was inaccessible for regular navigation. Rapidly progressing climate changes opened new water routes for navigation. The Sedov’s owner decided to take the opportunity. Then, due to the pandemic, the four-masted barque had to discontinue her circumnavigation and “stop” at Vladivostok. Instead of taking a lengthy uncertain passage across Pacific and Atlantic, a decision was made to explore the far north and return to her home port of Kaliningrad along the Arctic passage. It took nearly two months for the vessel to cover the route. Finally, the ship called at Vladivostok on 18th August 2020. On her way, she visited several Russian ports, such as Pevek in Chukotka Administrative Okrug (known for zinc mining) and Sabietta at the Jamal Peninsula (natural gas mining). Interestingly, the ship encountered no ice along the entire route. The area was completely free from floating ice and icebergs.

Sedov is 117.5 m long. The total area of sails on her four masts is 4195 square metres. The ship is popular in Poland and Poles just love her. She visited Polish ports quite often to become a major attraction during races and sailing events. 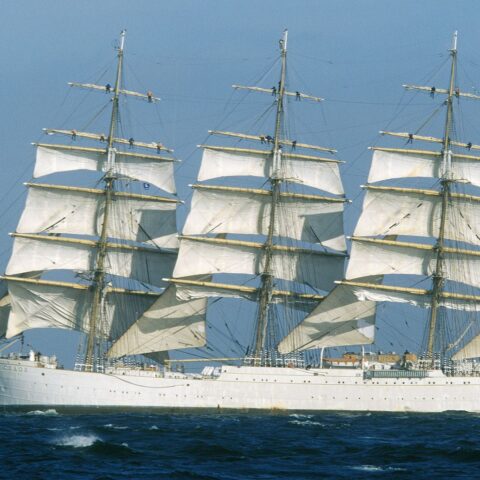 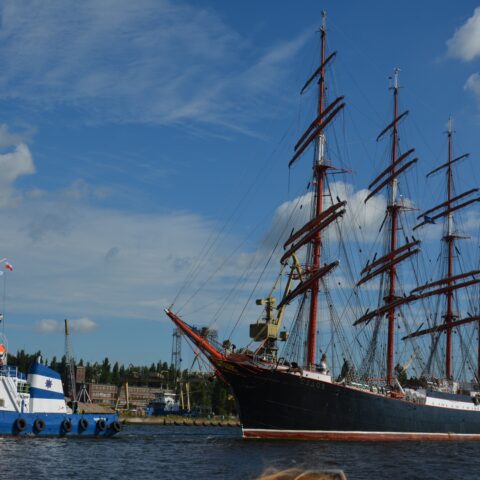 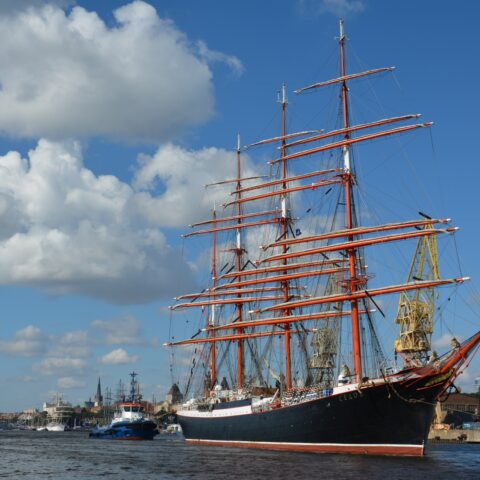 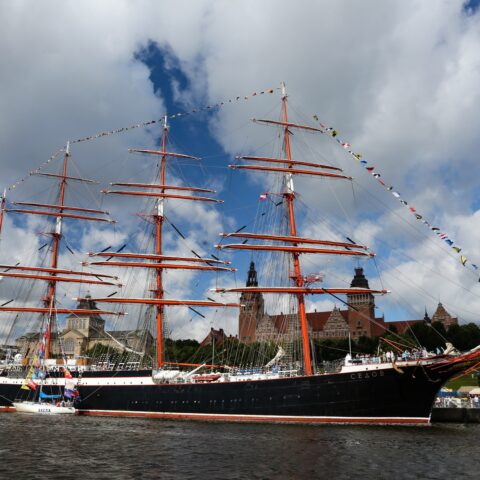 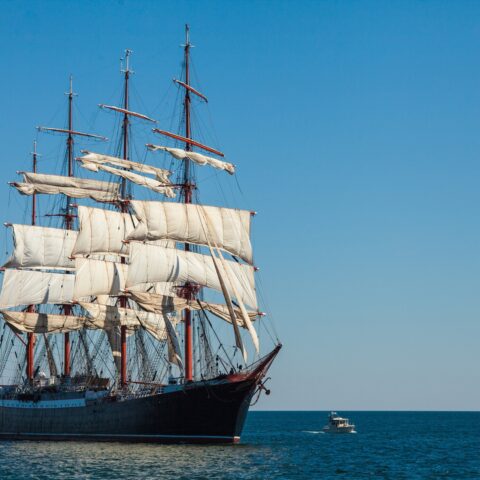 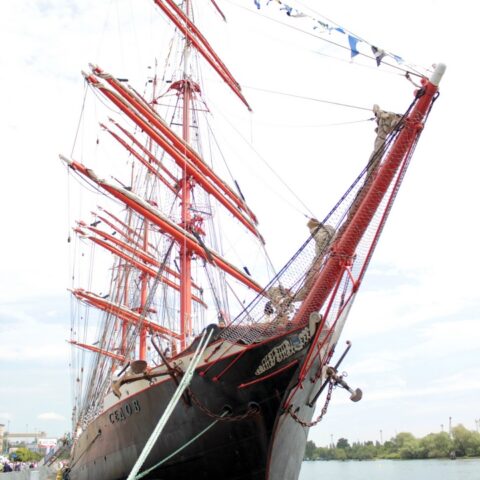