Initially, the tall ship was not intended to have a female name. When in 1946, the Echevarrieta y Larrinaga Shipyard in Cadiz commenced her construction, the plan was to put her into service under the name of Juan de Austria. At that time, the Spanish Navy had two other training ships, Juan Sebastian dr Elcano and ageing Galatea; the latter was expected to be replaced by the new ship. A decision was made to proceed with a proven design. The second Juan was to be a twin brother of the first one, built 19 years earlier in the same shipyard. On 18th August 1947, when the hull was almost ready, huge explosions took place in the armoury in the submarine base adjacent to the shipyard. The power of the explosion destroyed not only the base but a part of the city as well. The shipyard and the new tall ship under construction suffered serious damage. The tragedy postponed the building of the tall ship indefinitely. The project started anew in 1950. The Spanish government negotiated with Chile the repayment of debt contracted during the civil war. A proposal was made that some of the debt would be paid back in kind. The unfinished tall ship from Cadiz became a part of the offer. Chile liked the idea, and so work on the ship continued. On 12th May 1953, she was launched before the crowd of five thousand people. Instead of Juan, people cheered to Esmeralda. It marked a change of gender, not the first and not the last one in the history of tall ships. It is worth mentioning that Esmeralda was a name held by 5 other Chilean navy ships previously.

Juan Sebastian Elcano’s sister, put into service on 15th June 1954, differs from her prototype with details. Her rigging was modified: the gaff sail on the foremast was removed, so she is now considered a barquentine rather than a topsail schooner. Esmeralda is also slightly shorter. The 4-masted Chilean ship has 29 sails of total area 2,870 square metres. When all sails are set and wind is fair, she can sail with the speed of up to 17.5 knots. The ship is equipped with four 47 mm cannons used for the gun salute. During a training voyage, the Esmeralda’s crew consists of 330 people.

The beautiful “White Lady” from Chile (La Dama Blanca is a nickname of the sailing ship) has a dark period in her history. When the General Pinochet military junta took over power in the country, the sailing ship was used as a prison where members of the opposition were kept and brutally tortured. According to Amnesty International and the US Senate, in 1973-80, 112 people, including 40 women, were imprisoned on board of the ship. Pastor Michael Woodward was the most famous victim of the “torture vessel”. He actually died as a result of injuries he suffered on board of Esmeralda. The Chilean government refuses to admit officially these crimes and place a plaque commemorating people tortured. Therefore, protests are still held in ports visited by the ship.

So far, Esmeralda visited Poland twice. In May 1973, she paid a courtesy visit to Gdynia. Her farewell ceremony was shown in an episode of the Polish crime story series “SOS”. The ship paid her second visit in September 1998. 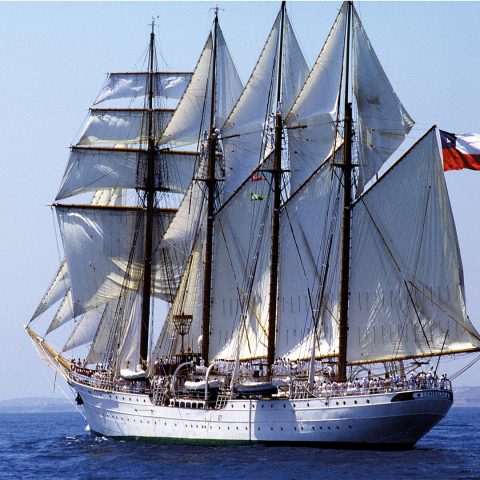 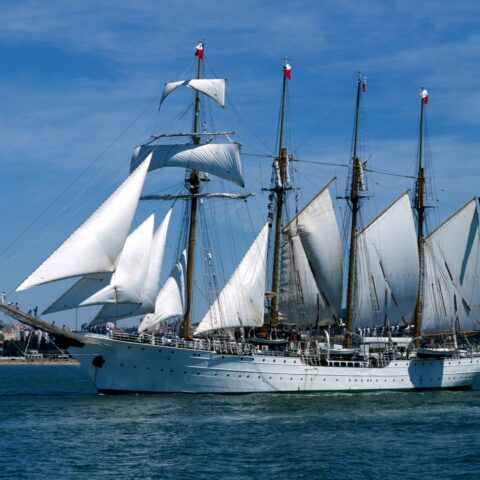 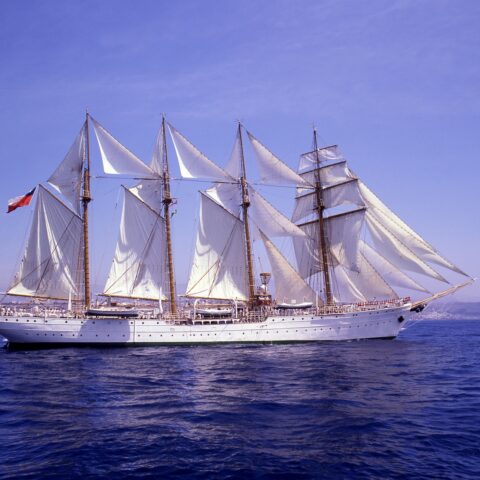