The Venezuelan sailing ship has been nicknamed the “Ambassador without Frontiers” (Embajador sin Fronteras). Like Columbian, Ecuadorian and Mexican training ships, she was built in the Celaya shipyard in Bilbao, Spain.

Simon Bolivar is the third barque in a series built by Basque shipbuilders. There are so many differences between the ship and her prototypes that she can no longer be described as a sister vessel to Gloria and Guayas. For instance, her stern has a completely different shape, architects had an original idea to change the spacing of superstructures, and the wheelhouse is smaller and moved towards the aft beyond the mizzenmast. The main distinguishing feature, however, is the painting of the hull, with a reverse “Nelson” design, black stripe and black false gun ports. This makes the ship look longer than she really is. Other characteristic features include dark brown masts and spars.

On 21st November 1979, the hull was launched and the flag hoisted on 12th August 1980. The patron for the ship is Simon Bolivar, a national hero who led the fight for independence of Venezuela, Columbia, Ecuador, Peru and Panama. The figurehead is a young woman tearing shackles, an allegorical depiction of liberty. This piece of art was designed by Venezuelan artist Manuel Felipe Rincon. The female warrior is wearing a Phrygian cap and her body is wrapped in the Venezuelan flag.

An imposing decoration of the captain’s lounge makes it look like a small museum. A large portrait of the former President Hugo Chavez has been placed at a prominent location. There is also a painting and a bust of Simon Bolivar and numerous memorabilia, such as his comb, shoulder straps from his uniform, and a charter with his genuine signature. At a central part of the hall, displayed are a picture of John Paul II and a framed letter with his blessing for officers and the crew.

Simon Bolivar has the length overall of 82.4 m, beam of 10.6 m, and her masts extend over 38 m. She has 33 sails of the total area 1,650 square metres. An interesting piece of equipment is a false chimney stack in the midship section. The solution survived from times when auxiliary steam engines were fitted on board of sailing ships. 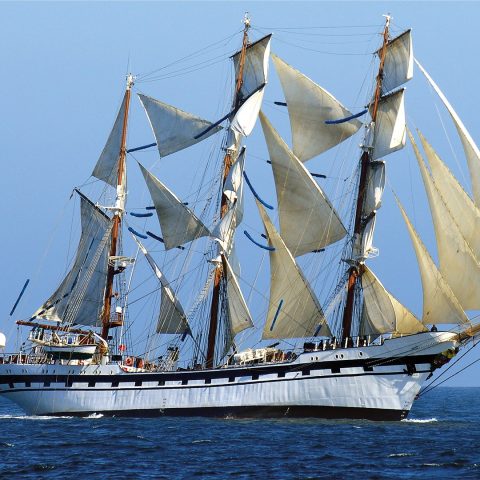 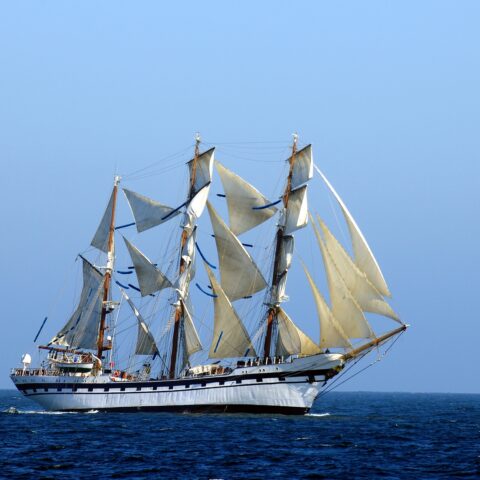