23rd September 2011 was a date of a symbolic change of guard. Alexander von Humboldt was withdrawn from the service to be replaced by a new and larger barque with number 2 in her name. Both ships had a chance to salute to one another at the Bremerhaven anchorage. The king is dead, long live the king!

The unusual green colour of the hull and sails made Alexander von Humboldt one of the most distinct tall ships in the world. Wherever she appeared, she won hearts and minds of people. What is the story behind her green sails? The story was once shared by Zygmunt Choreń, a design engineer who designed the ship in the mid 1980s, when he planned a conversion of an old 1906 lighthouse vessel to a barque. “At a meeting, green sails were suggested by a representative of the Beck’s Brewery and it caused much stir.” “Green sails? No way! They must be white”. A month later another meeting was convened. The same Beck’s representative asked everyone to approach the window and said: “Can you see the lorry? It has a green cover. If you can afford to throw away 50 thousand marks, so be it”. The argument was very telling. They decided to commission green sails, but made a reservation that these would be set occasionally only and against a special fee. Finally, people liked the sails so much that they stayed with the ship for good, said the Gdańsk-based ship designer.

Since she started her service in 1988, Alex, as the ship was affectionately referred to, was a frequent participant of races and rallies, including those organised in Poland. On board of the ship, young people from different corners of the world learned sailing and developed strength to struggle against the elements. After some time, practical Germans decided that the 62.5 m ship was too small and too costly. They wanted to build a new one, a bit longer barque, based on the blueprints of KRI Dewaruci, an Indonesian barquentine built in Germany in 1953. It took several years for the Deutsche Stiftung Sail Training (DSST), the operator, to collect the funding. The total amount needed was 15 million euros. She was built in the Bremerhaven shipyard and she was the first tall ship to be built in Germany in fifty years after the Gorch Fock replica that was built in 1958. On the change of guard ceremony, however, white sails were hoisted on the masts of the 65 metres ship. The pressure from the sailors’ community was very strong and in 2015 all 24 sails went up for the first time. Alex has been proudly using green sails until today. The total area of sails is 1360 square metres. It is worth adding that the sails were made by Bryt Sails, a Polish company.

The operator emphasises that the ship is truly green, not only when it comes to her colour. We put much emphasis on environmental conservation. We keep all out waste on board and we operate a wastewater treatment installation. The ship meets top environmental standards, explains Jens Middendorf from the DSST.

In summer, the ship participates in races and sailing events in Europe, whereas in winter, she takes young Germans to warmer areas of the globe, such the Caribbean or the Mediterranean Sea. In 2019 and 2020, when Gorch Fock underwent renovation, Deutsche Marine cadets practiced under the green sails. The Alexander von Humboldt II crew consists of 79 people. They stay in 26 cabins that cater for 2, 3 and 4 people each.

What has the predecessor been doing? For several years, she stayed in the Bahamas and Canary Islands operating as a cruiser and a hotel. Finally, she returned to her home port of Brema, Germany. Today, she is used as a restaurant ship moored on the river of Weser at the popular Schlachte promenade. Clients can rent her deck and rooms to organise corporate parties and events. 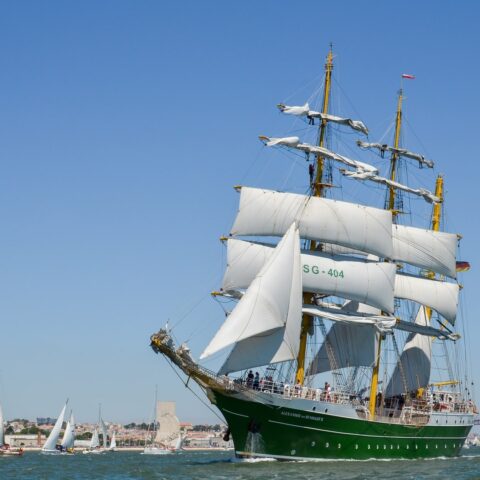 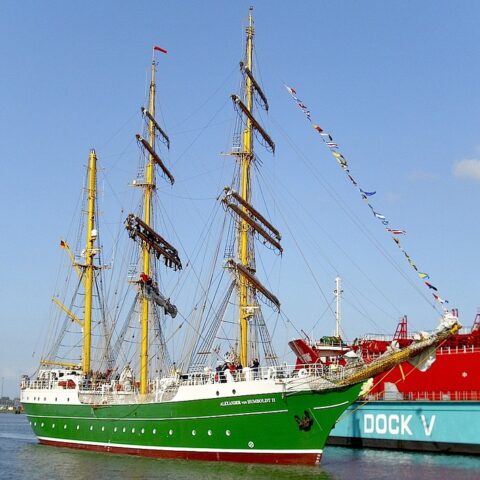 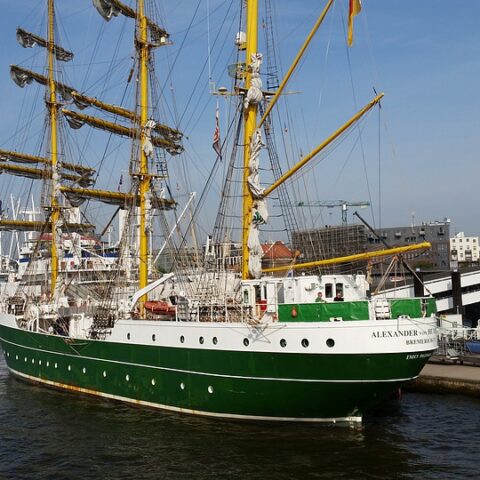 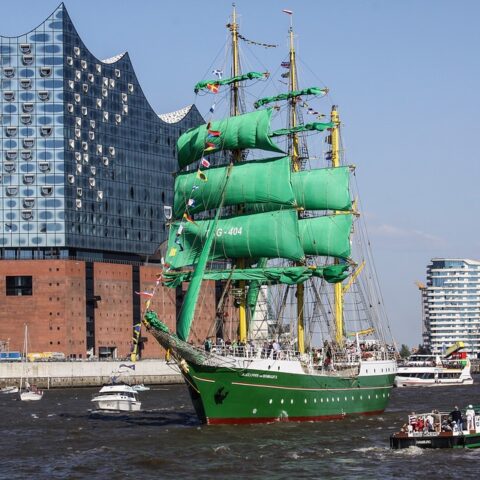 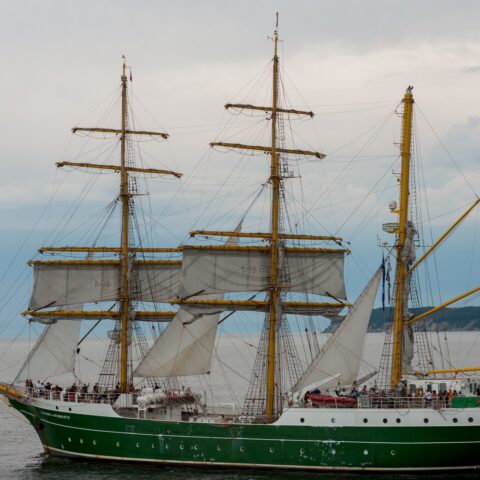