Gorch Fock is the second German tall ship of that name, a name which has originated from the nickname of an author of sea stories Johann Willhelm Kinau.

The first of the tall ships was built in the famous Blohm und Voss shipyard in Hamburg in 1933. The same shipyard which built Prinzess Eitel Friedrich, future Dar Pomorza, in 1909. Together with her twin ships Horst Wessel (now Eagle, USA) and Albert Leo Schlageter (now Sagres, Portugal), she was one of sail training ships operated by the German Navy. Towards the end of the Second World War, while stationed in Stralsund, Gorch Fock was scuttled by her own crew. They preferred to scuttle it rather than to pass it to the approaching Red Army. This, however, was futile, as two years later Soviets lifted the ship, repaired her and put into service under the name of Tovarishch.

A decade after the war, the West German Navy struggled against the shortage of a training sailing ship. A decision was made to build a new one based on a proven design. The order was placed with the Hamburg-based shipyard to build a slightly altered version of Gorch Fock. The ship started her service in 1958. It is a three-masted barque of 89.32 m in length.

Interestingly, both ships met during the Tall Ship’s Races in Gdynia in 1974. New Gorch Fock stood at the same quay as her predecessor, then Tovarishch under the flag depicting a sickle and a hammer. Today, Tovarishch does no longer exist. After the collapse of the Soviet Union, the ship became the property of Ukraine, but due to the shortage of funding she was left to deteriorate. She was saved, however, by the Tall Ship Friends Association which bought the ship and brought her to Stralsund, Germany, on a special barge. They restored her original name and set up an on-board museum. A sizable group of passionate sailors still hope to restore her navigation capacity. The restoration of the rigging, however, is the responsibility of someone else… Zygmunt Choreń.

For Germans, Gorch Fock is symbolic. She has been the school of life and sailing for generations of German cadets. Her legend was based on memorable cruises (e.g. to Antarctica) and participation in rallies and races. Even when sailing across oceans far away, the ship accompanied Germans in their daily life. In 1961-1990, the image of the tall ship could be frequently found in German wallets, since it was printed on the 10 DM banknote.

Her final years of service were marked by a series of disasters. In November 2010, during a stay in Salvador de Bahia, Brazil, a 25 y.o. female cadet fell off the mast and died. The circumstances of the tragic event have remained a source of controversy until today. The event led to a mutiny among cadets, the first one in the contemporary history of the German Navy! The majority of young sailor refused to follow commander’s orders as he was accused of being harsh and non-compassionate. The scandal forced the ship to discontinue her circumnavigation cruise and return to the home port of Kiln. Later, she significantly reduced her activity and since 2015 she did not go to sea at all. A year later, she moved to a shipyard to undergo renovation. Its cost was initially estimated at 10 million euros. However, during the process, it turned out that the condition of the hull was much worse than expected. Although in 2000 the ship underwent a comprehensive overhaul, new deteriorated parts were discovered. In October 2016, the renovation project discontinued, with the repair cost estimated at 35 million euros. In January 2017, the cost estimate increased to 75 million euros. In the opinion of a number of experts the repair as unfeasible. The main argument was that a much smaller budget would allow to build more than one tall ship anew. For example, in 2011, a three-masted barque of a similar size, the one which replaced Alexander von Humboldt, was built at the cost of 15 million euros.

Another year passed and the overhaul was far from being finished. The cost increased further and the final amount for the Gorch Fock repair was to reach 135 million euros. The shipyard emphasised that decks needed to be refurbished together with the majority of ship’s external plating.

Despite objections raised by politicians from opposition parties, the Ministry of Defence accepted the new cost estimate highlighting that, for Germany, Gorch Fock was much more than a mere sailing ship. The refurbishment continued and German cadets had to spend another season training on board of Romanian Mircea, a Gorch Fock’s twin sister. Towards the end of 2018, Germany was shaken by a corruption scandal. The shipyard management was accused of multimillion euro fraud. Fortunately, the overhaul was completed and, after a six-year break, Gorch Fock was back in service at the end of 2021. 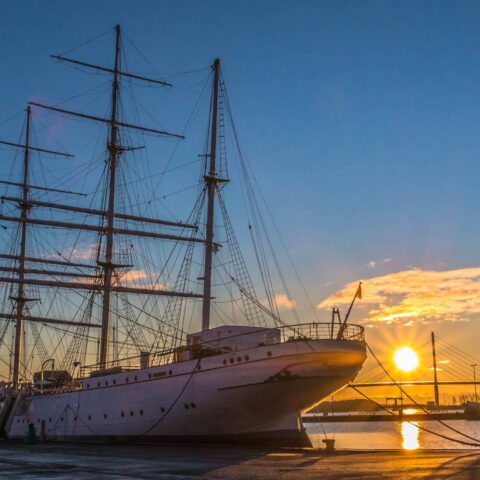 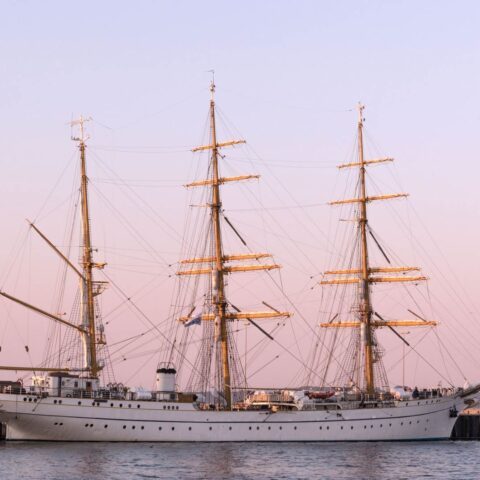 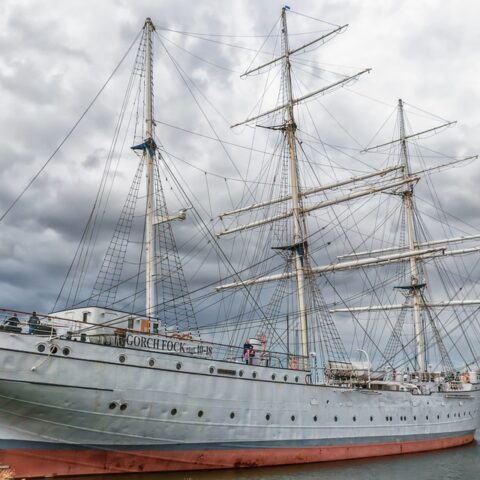 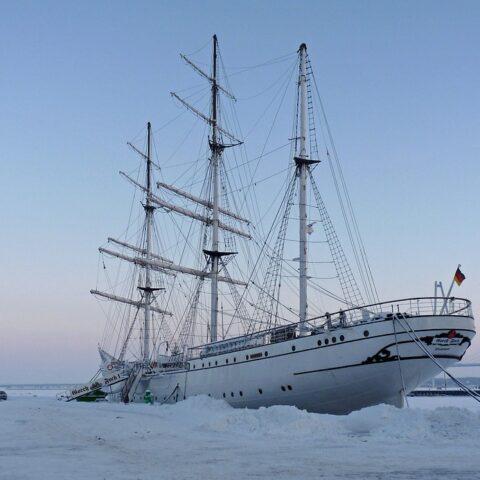 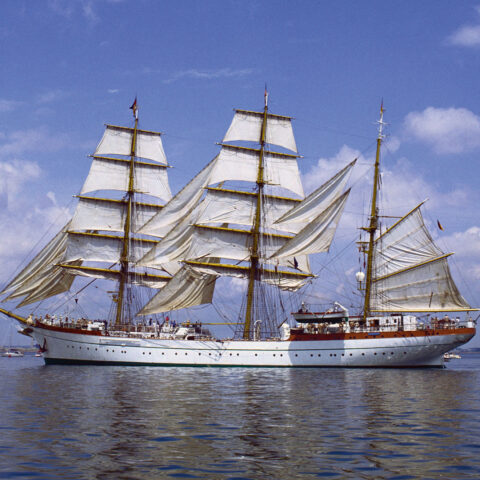