Several years ago, one of travel portals published a list of seven trips one needs to make before he or she sets up a family. Apart from a trip to Machu Picchu and climbing Kilimanjaro, the list includes a cruise to the Antarctic on board of EUROPA. Annual cruises in search of ice have become a trademark of the Dutch tall ship known as the Ocean Wanderer.

In the late 1990s, her charismatic owner Captain Klaas Gaastra had an idea of making cruises to the Antarctic. The cruises started in the 2000-2001 season. They turned out to be a tremendous success. Since then, every year EUROPA has been sailing far south between November and February. It is a period of the least severe weather in the Antarctic with the peak of a short summer season in January. It is a time of the polar day when the temperature rises several degrees Celsius above zero. Snow melts at the shore, and despite ice floe drifting on the surface of the sea, navigation is possible. Stopovers in quiet bays are the opportunity for the crew to go ashore and admire fantastic rock formations and exceptionally rich fauna. Albatrosses, thousands of penguins, variety of seals, and whales – all at your arm’s length. Although paying crew members need to pay between 6.6 and 9 thousand euros, organizers do not have trouble with finding keen travellers. For some of the cruises, you need to book a place two years in advance.

EUROPA is a steel-hull, 3-masted barque of length overall 56 m. She was built in 1911 in the Stülcken-Werft shipyard in Hamburg. Until 1977, named SENATOR BROCKERS, she served as a lightship on the river Elbe. In 1985, the Dutch bought the crumbling ship. The new owner changed her name. After a lengthy repair in 1994, EUROPA started a new chapter in her history as a tall ship. Characteristic parts of her rigging include studsails, or additional side sails set on extended spars. The solution was commonly applied on legendary 19th c. tea clippers whose speed was a crucial factor. In 2013-2014, together with two other Dutch tall ships TECLA and OOSTERSCHELDE, the barque circumnavigated the globe. 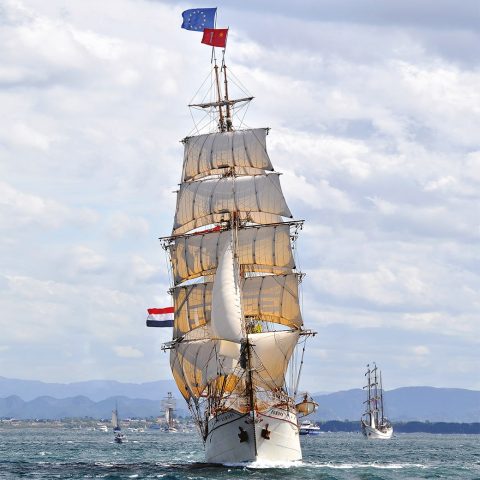 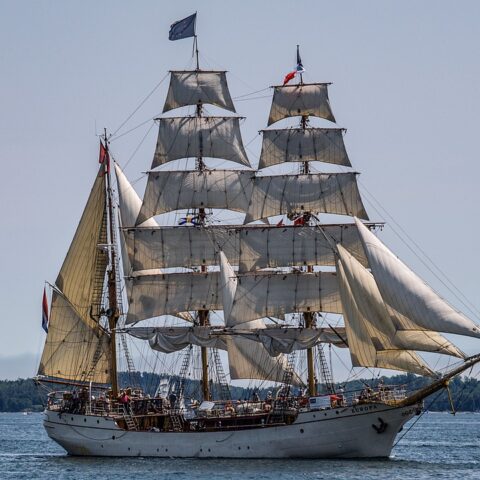 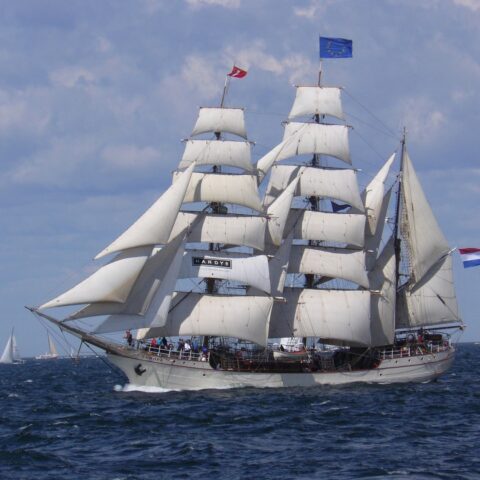